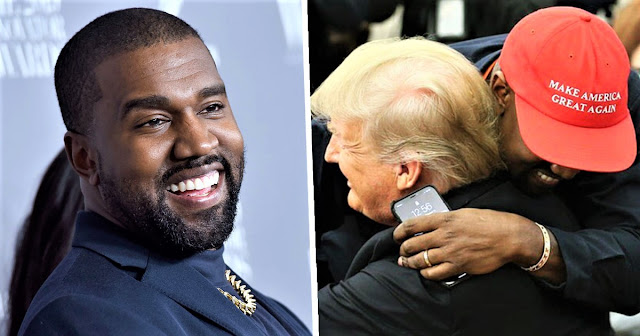 He announced the news in a tweet on American Independence Day

In another top-notch squeeze in 2020, rapper Kanye West has announced his plans to run for US president.
Announcing his plans on the news on American Independence Day, the Jesus Walks star said he would contest against Donald Trump – of whom he has been a vocal supporter – in the upcoming US election.
“We must now realise the promise of America by trusting God, unifying our vision and building our future,” West said in a tweet. “I am running for president of the United States. #2020vision. ”

We must now realize the promise of America by trusting God, unifying our vision and building our future. I am running for president of the United States 🇺🇸! #2020VISION
— ye (@kanyewest) July 5, 2020

His wife, Kim Kardashian-West, being one of the first to respond to the tweet, commenting with a US flag.

He also hinted of his 2024 electoral vision during an appearance at Fast Company's Innovation Festival in November 2019. “When I run for President in 2024," West said, after being interrupted by an outbreak of laughter. "What y'all laughing at? We would create so many jobs! I'm not going to run, I'm going to walk."
It is not clear whether Kanye West has made any move officially at this point to appear on US ballot papers. However, he has received the backing of billionaire technology mogul Elon Musk.